Home » Vs Articles » Lenovo vs Dell Which Brand is Better?
Vs Articles

Lenovo vs Dell Which Brand is Better?

Lenovo vs Dell: Which Brand is Better?

If you’re looking for a new laptop, in today’s world you have a myriad of options. Like quite a few things in life, one of the most important factors when buying a new laptop is to research and compare what you can afford. Look at reviews and head over to forums for discussions on specific laptops you’re interested in. In this article, we try to make this choice easier for you. We’re going to compare the top two laptop brands in the world: Dell vs Lenovo.

Lenovo is a company that started out as a simple manufacturer of personal computers in 1984, but it has evolved into one of the biggest manufacturers of laptops today. Headquartered in Beijing, China, they currently have more than 5700 employees worldwide. They are best known though for their ThinkPad line of business-class notebooks which include some impressive processors and graphic cards at affordable prices. With almost 25 years on the market, this brand has established itself as a reliable choice when looking for cheap yet efficient laptops.

Dell is an American multinational computer technology company with headquarters in Round Rock, Texas. This company has origins dating back to 1984 when Michael Dell created PCs Limited, a company that aimed to produce high-quality computers at lower prices. Since then, the company has grown exponentially to become one of the most popular laptop brands worldwide. Lately, they have branched out into other markets such as smartphones and cloud computing. They also provide support for customers worldwide with their highly trained staff members who are experts in resolving computer problems. 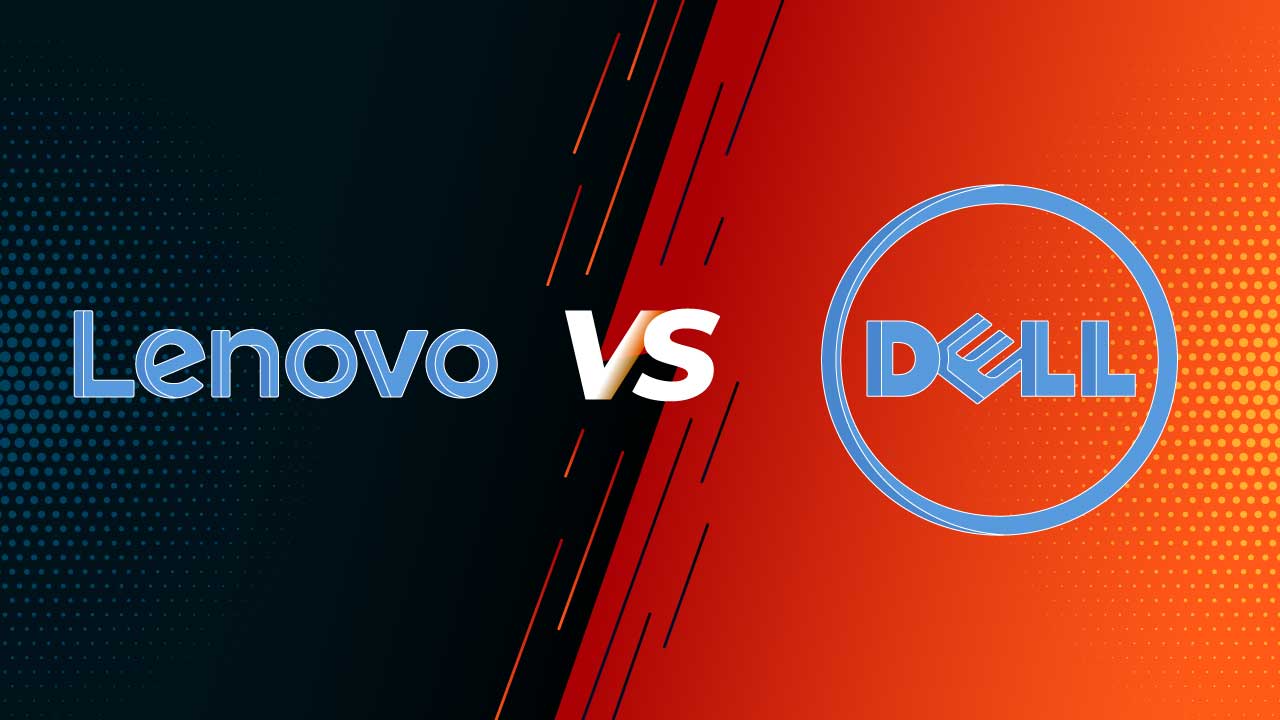 Which Brand is Better? Now that we’ve given you an idea about each brand, let’s delve deeper into the equation by comparing the key components which make up a good laptop. We will compare Dell and Lenovo on three different factors: price, quality, and customer service. So without further ado…

Price is always at the top of everyone’s mind when buying a laptop. Who doesn’t want to save money on an expensive product? While Dell laptops are generally more expensive, they offer better specs than what you can find in Lenovo’s laptops.

Lenovo has even introduced budget-friendly models that don’t skimp on quality and still provide great performance at prices that won’t break the bank. Prices for Dell start anywhere from $350 to about $1,000, while Lenovo starts at around $300 and goes up to $850. This means there’s really no clear winner between these two brands when it comes to price.  Winner: It’s a tie

When talking about laptops, the term “quality” is used often but what exactly does it mean? Quality can be defined as how well a product meets your expectations. A low-quality laptop would be extremely slow and you’d probably have to replace it after a few months of use.

With Lenovo, their laptops are sturdy and made to last for years . While Dell has been known in the past for making cheap plastic computers, they have improved on that quite a bit over the years and now many of their models can compete with other companies when it comes to durability. When it comes to customer service, both brands rank around the same as they’re usually able to resolve any issue you encounter quickly.

If something ever goes wrong with your laptop, which brand is better? For this section, we consider two factors: how long does it take to reach a representative and how helpful is he/she in resolving your issue?

Lenovo’s customer service is mostly done through phone calls. You’ll reach them faster if you call their main number, but they’re usually able to resolve any issue quickly by fixing it remotely. They often send out updates via email and sometimes even provide coupons for future purchases.

Dell has around 4,000 support centers worldwide, which means that most likely they can help you wherever you are. Their phone representatives are typically very knowledgeable about the problems you encounter, so this will save time when trying to figure out what the problem is or how to fix it. They also have an online chat feature that lets you connect with a representative instantly without having to wait.

When looking at all the factors, it’s hard to single out one brand over the other since they both have similar specs in most areas. There are some models that Dell offers which definitely have higher quality components than Lenovo, but there are also plenty of Lenovo models that will give you the same performance as any Dell laptop with comparable specs.

Overall, this means that you can’t go wrong when buying either brand. Dell or Lenovo?  It really depends on your preferences and needs for a good laptop experience. If you value customer service more highly, then go with Dell since their vast number of support centers makes it easier for them to provide high amounts of customer satisfaction. If you want a more budget-friendly option with high durability, then go with Lenovo.

No matter what your preference is, at the end of the day both companies provide good quality laptops and can be considered equal competitors. We, however, have singled them out in terms of pros and cons to help you choose whichever strengths are closely associated to your preference.

Of the two, Dell makes the most expensive laptops but they are high quality.

Example of a Good Dell Model

If you know Dell laptops you’ve probably heard of the Dell XPS series, perhaps one of the most popular laptops on the market. This is actually one of their latest models, released in 2017, and it’s received pretty positive reviews from consumers which makes it a great choice for your next laptop.

The Dell XPS series consists of the Dell XPS 13 and Dell XPS 15. There is also the 17 model which is much larger than the other two which makes it more suitable for media consumption rather than casual everyday use.

These are some of the best laptops on the market right now, but they’re also pretty expensive. Despite this, their performances and features definitely make up for it. They are well designed, have great quality displays, and come with long-lasting 12-hour battery life. They’re also quickly charged and they come with backlit keyboards which made them very attractive to lots of consumers who often complain about the lack of variety in laptop models.

I really like Lenovo as well, but I think they’re a bit underrated. They don’t get as much hype as Dell, but their laptops are high quality and easy to use. Lenovo offers great business laptops.

Example of A Good Lenovo laptop

Like Dell, Lenovo also has the Lenovo ThinkPad series which are very popular as well. They’re pretty different than the Dell XPS series but they still look great and perform even better so if you don’t mind having something different, then I would recommend checking these things out.

The Lenovo ThinkPad series consists of several laptops including the Lenovo Yoga 920, Lenovo ThinkPad T530, and the Lenovo Edge 15 although there are many more models to choose from with this series. These laptops come with long-lasting battery life of up to 10 hours which is enough for most uses, they charge quickly (also like their Dell counterparts), and offer backlit keyboards like the Dell XPS line as well since they’re not that much cheaper than buying one of those models anyway.

They also come with lots of storage space and fast processors which make them ideal for surfing the web, watching videos online, and even working with documents and other files. If you’re in need of a laptop that provides good specs at an affordable price, then I would recommend looking into Lenovo’s great line-up of laptops.

In conclusion… Like Dell, Lenovo is also an excellent choice if you’re shopping for a new laptop that won’t break the bank but still performs just as well as some higher-end models on the market right now. In my opinion, they get a little more recognition than Dell so their laptops are more common in stores too which makes it easier to find one yourself when going through all of your options. Both companies offer great customer service and friendly reps that are always ready to help if you run into any problems with your new laptop.

But, I think Dell has a bit more variety in terms of what types of laptops they have available for people to buy which makes it easier for someone who wants options when deciding what type of laptop they want to purchase. Lenovo is still good especially as business laptops, but Dell definitely wins this round.

We will be happy to hear your thoughts

A Beginner’s Guide To Learning How To Code: Top 3 Helpful Tips

What To Look For In Customer Success Software For Sales Teams

8 Unique And Innovative Ways To Use Widgets On Your Site

Don’t Let Your Mac Run Out Of Disk Space – Here’s How To Clear Some Room!

Laptops
Recommended
Buying Guides
Quicklinks
Get To Know Us