What you need to know about Acer:

Acer has been around since 1976 when the company called Multitech was founded. In ’87 Acer took on the name of their parent company and by ’92 they were already making desktops, laptops, and monitors. 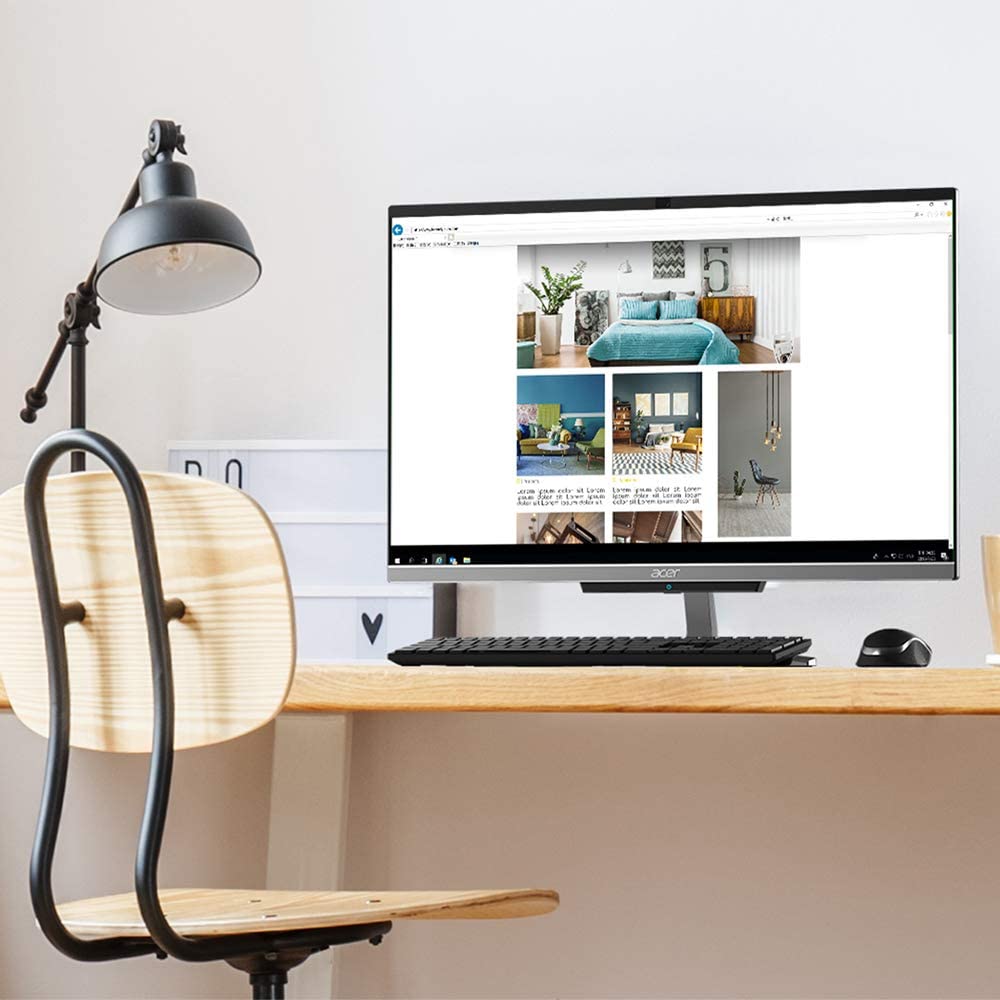 In 2020, Acer was ranked as the fourth largest laptop company after HP, Lenovo, and Dell. By 2015 Acer has been the number one laptop brand in Australia for seven years continuously. They also became the third biggest PC vendor worldwide in 2012 with an estimated 15% of the global market share.

Acer is a Taiwan-based computer hardware corporation that develops both computers and laptops as well as tablet PCs for commercial use worldwide. Their support website is only available in English, French, and German with over 1000 FAQs for each product line; comScore said that it was one of the largest PC sites running under the Windows platform in the United States; which more or less answers the question are Acer desktops good?

Acer has more than 40 service centers around the world to provide support for their products, plus over 10 regional sales offices to help further develop and coordinate with local markets. Their products are distributed in over 160 countries throughout North America, Europe, Asia, and Oceania.

Acer has been in the market for a while now and has immersed a range of laptops, desktops, and All-In-One AIO desktop options for office and casual use. They have a wide range of different specs available, depending on your needs.

The brand is known for its affordable products that perform well, some of which we have reviewed here at Getthatpc.com

Yes. Acer has been around long enough and has built a name for itself through some of its remarkable products. Some of its computers were widely renowned for their performance. For instance, in 2020 the Predator Helios laptop was given the Editor’s Choice award by PCMag for having the top gaming performance in a budget laptop. 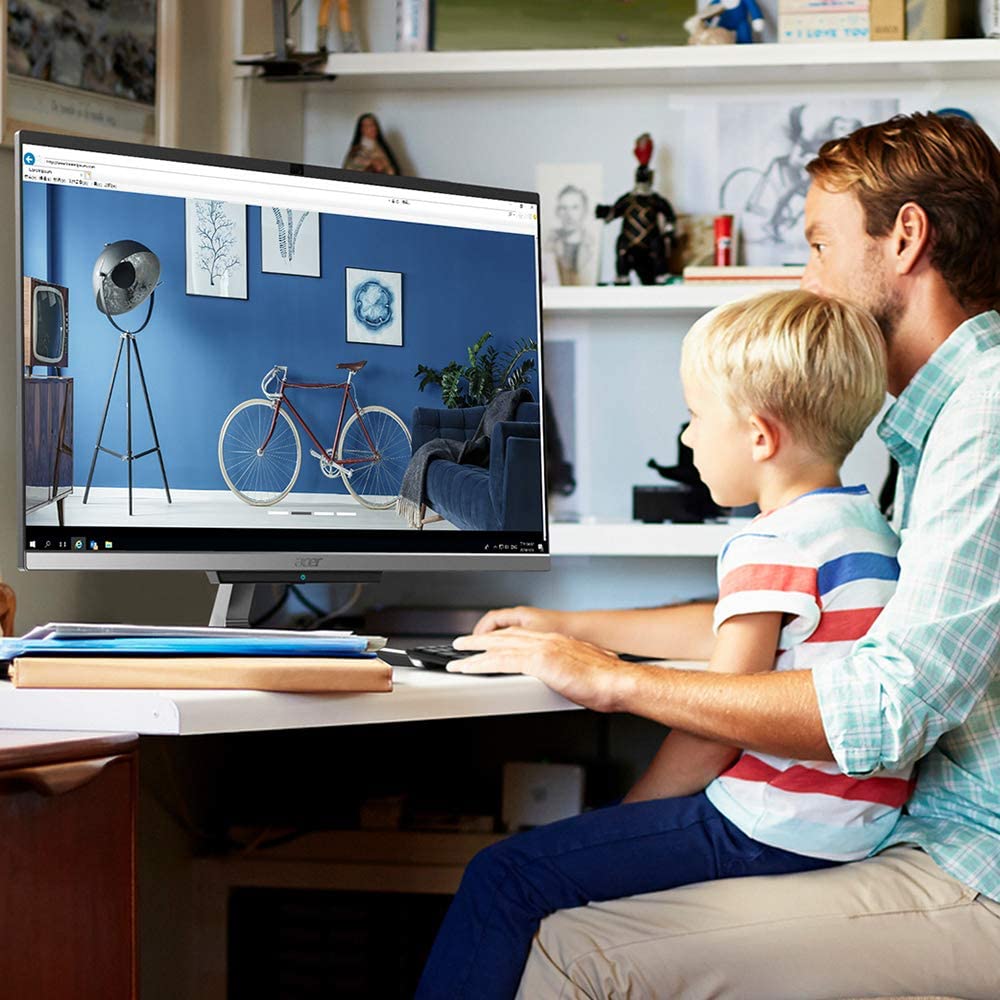 Nonetheless, Acer still has some problems with the quality of its products such as the malfunction of the cooling fan that causes the temperature to reach 127 degrees Celsius which may result in damaging the CPU and GPU. The worst part is that it took the company more than two years to solve this problem before releasing an update on BIOS last 2017.

The company was significantly affected as well by the global recall of faulty power cords from Lenovo, HP, Apple, and Asus computers due to incidents involving electric shock and fire.

Acer’s products are generally safe to use if not for the fact that there have been several cases of overheating which may damage the computer. In 2018, Acer recalled 5 million power cords due to a fire hazard risk in US, Canada, and Mexico. Nonetheless, Acer has maintained its reputation as a reliable computer brand in spite of the occasional problems.

How long do Acer desktops last?

Acer computers are generally reliable but may not last as long as you would hope. Some parts tend to wear out faster than others and the battery has a shorter lifespan compared to other manufacturers like Dell, Lenovo, Apple, etc. Having said that, it all depends on how well you take care of your Acer computer.

Acer desktop PCs do have a good reputation for having high-quality components and are generally solid machines but they may not last as long compared to other brands if you cannot take care of them properly.

Are Acer Desktops Good? Which Acer PC is the Best?

There are several Acer desktop PCs categories, but it’s important to understand that they don’t necessarily excel in all categories. So it would be wise to give at least three best Acer PCs each in the own category.

Choosing the best fit for you is partly dependant on understanding what you’re looking for. In this section, I will look at the best-performing ones as well as price and value. However, if 3 good Acer desktops isn’t enough, we’ve assembled some of the best Acer desktops for home use in this article.

The Acer Aspire TC-895-UA92 ranks best because it offers power, performance, and value for money. While some may call it basic, this budget tower goes above and beyond in performance. Acer Aspire Pc is best for multitasking tasks and everyday basic use such as word processing, editing, and web browsing. 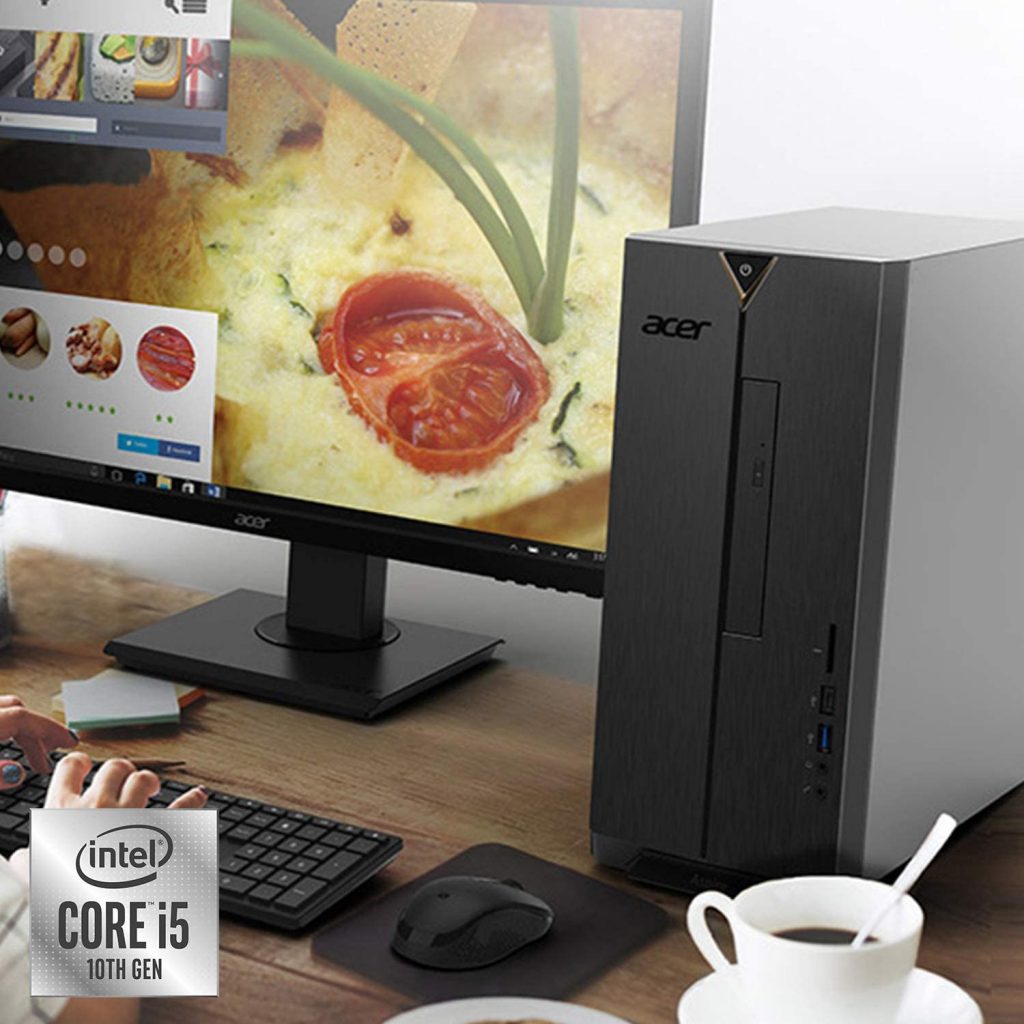 There is plenty of room for an upgrade but you would need to be a bit tech-savvy to handle the power supply especially if you’re new. We loved the sophisticated black chassis design which is more than we can say for the rectangular box towers we’ve seen in this price range. Bottom line, the Acer desktop pc receives our Editor’s Choice award for best budget mid-range home desktop. We easily recommend this capable system for budget users looking for a value machine.

The Acer Nitro 50 N50-620-UA91 Gaming Desktop is a surprisingly capable budget pc for users looking for gaming performance and value. Thanks to its feature-packed interior, it is capable of web browsing, gaming, and creative work like video editing. 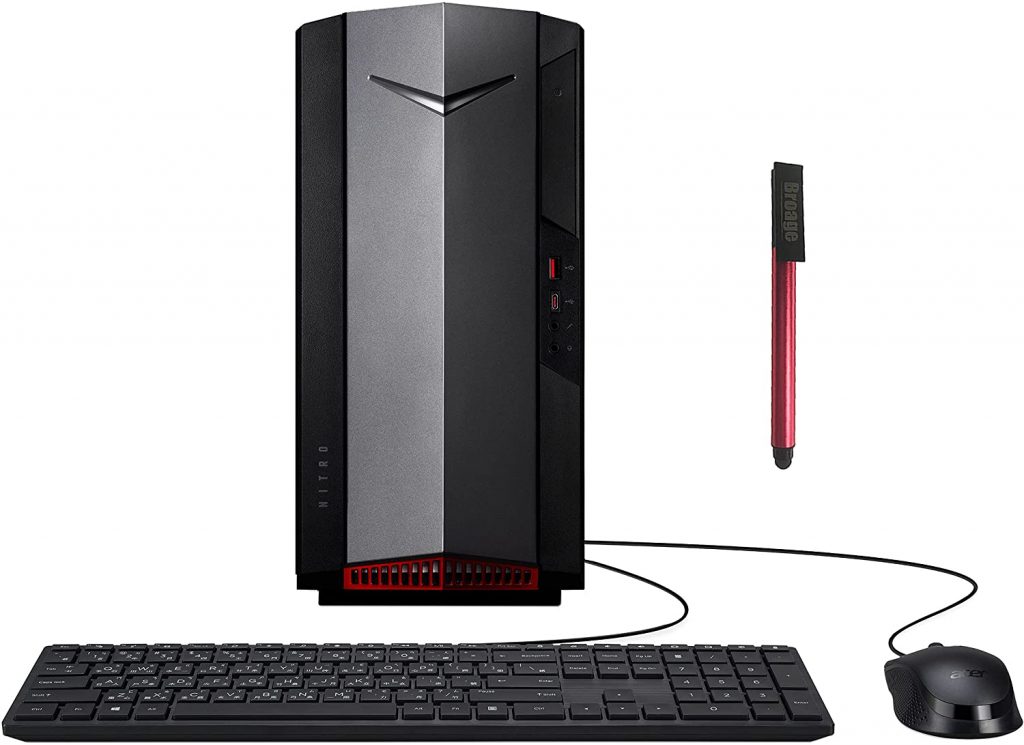 It ranks in the top five because it provides an excellent value for its price, perfect for gamers on a budget while still having 1080p and 60 FPS

This PC offers plenty of power for the price point, and while it’s not the most massive upgrade from previous generations, it’s exactly what gamers need; a deal.

If you’re looking to play games at the highest settings, the Predator Orion 9000 is the best desktop for you.

This desktop design is one of Acer’s most eccentric and gamer-centric. Users will love this system for its solid looks, powerful performance, and easy upgradeability. The interior is spacious and ready for an upgrade to the latest specs available should you decide to in the future. 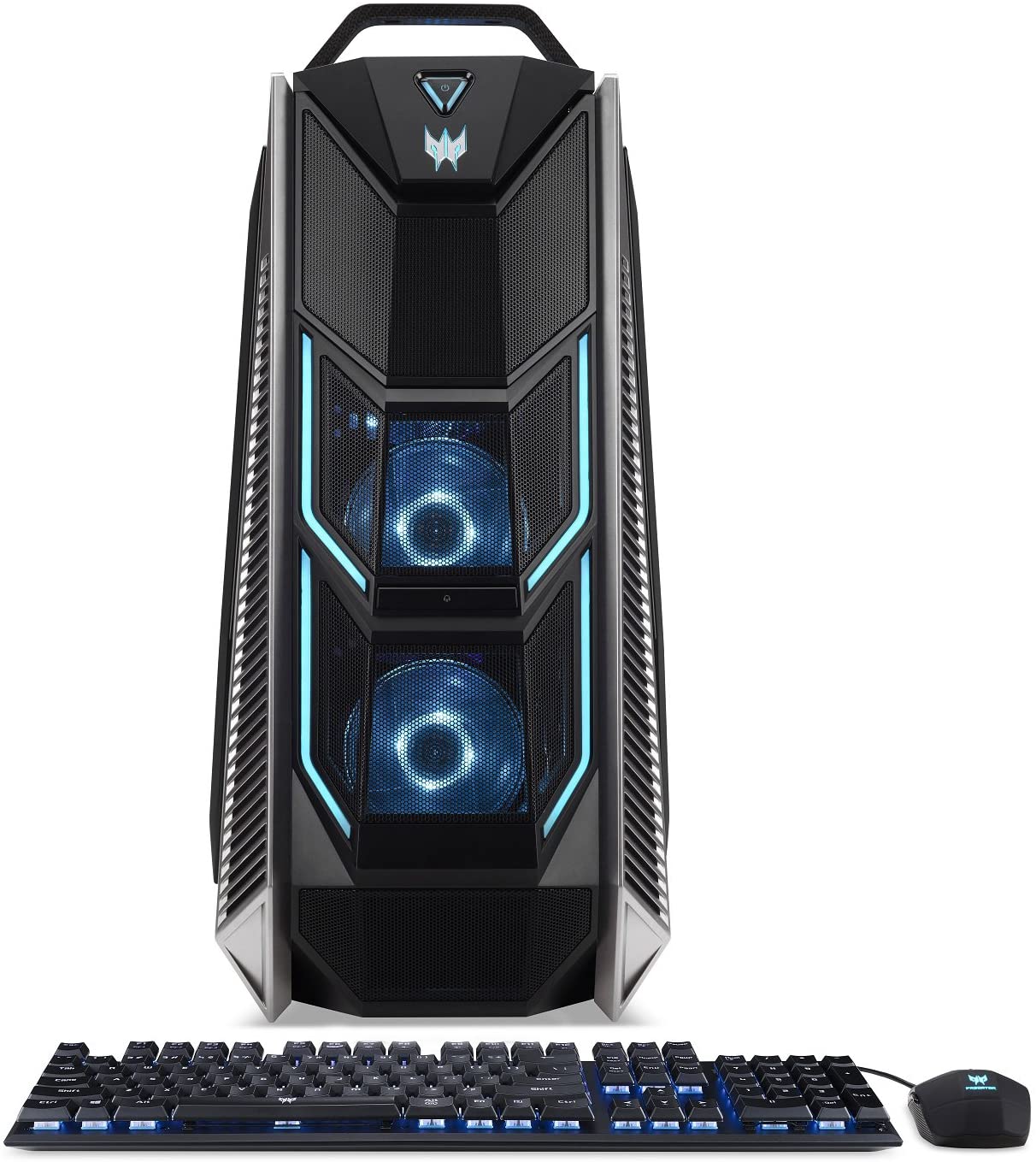 It features a powerful Intel Extreme i9-7980XE 18-Core processor, Liquid-Cooled, Dual NVIDIA Geforce GTX 1080 Ti graphics card with 11GB in SLI, 128GB DDR4 RAM, 512GB SSD, 2TB hard drive space. There is a revised edition of the Predator Orion tower that features the latest tech. Inside this powerful beast is the Nvidia GeForce RTX™ 3090, i9 Extreme Edition processor and upto 128GB RAM. It has some remarkable user reviews online Feel free to search it or check our Amazon links for the customer reviews section or buy it here.

Conclusion: So Is Acer a Good Brand?

Yes, Acer is a great brand, in fact, it is among the top brands in the world and has a number of solid products that are considered bestsellers. Some of Acer’s products range from industry-leading laptops to top-tier gaming PCs and effective Chromebooks.

That said, Acer’s budget PCs are also targeted at gamers on a budget looking for great performance without spending an arm and leg. So, would I recommend an Acer desktop? Of course, I would easily recommend any customer to purchase an Acer desktop if they could.

What is the most reliable desktop computer brand? 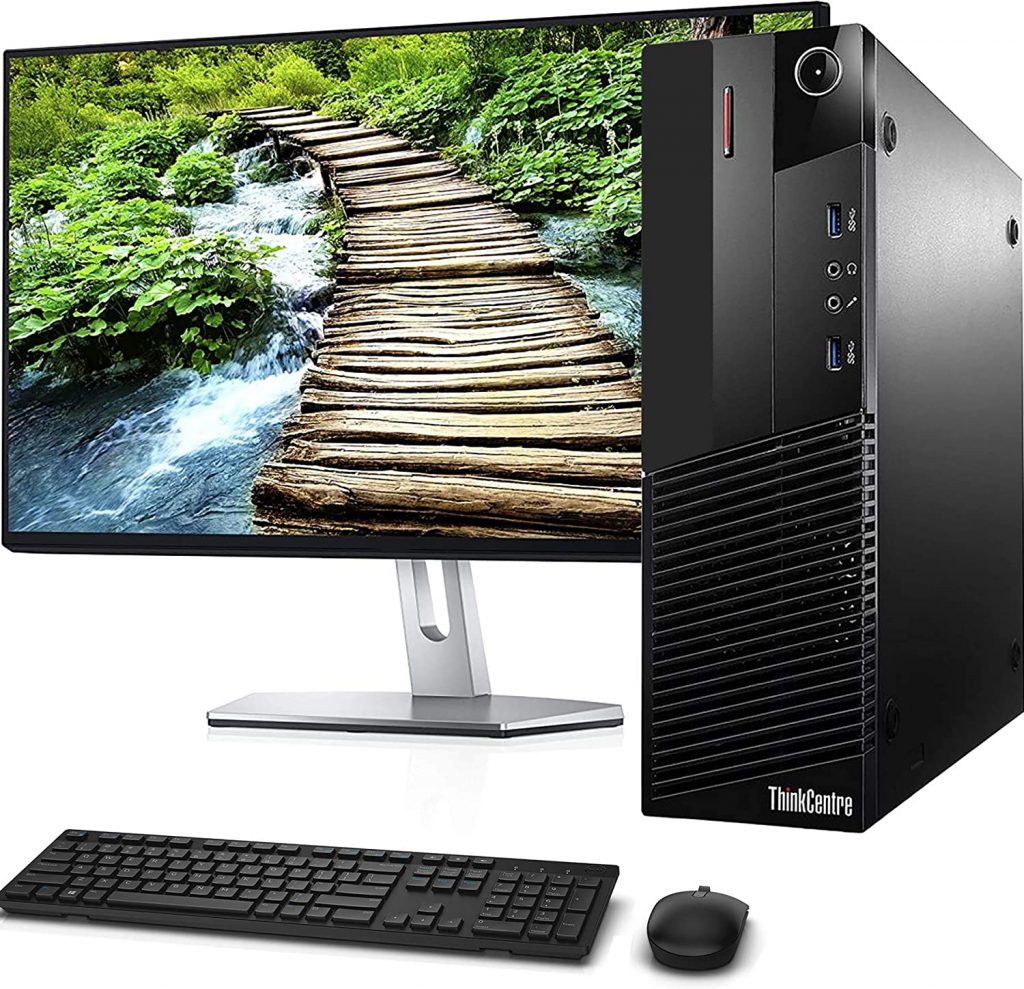 Lenovo is now the world’s largest laptop producer and has been for a few years now. They have improved their desktop lineup tremendously since they bought the IBM PC business a few years ago.

Dell has also increased production of both laptops and desktops this year, putting out some real quality products. Early last year (2020) we gave the title of most reliable desktop computer brand to HP.

However, in September 2018 Dell announced their intentions to completely phase out all third-party components from their consumer-grade products to ensure higher reliability and easier support. They have now started implementing this policy and some of their new desktops are beginning to show up in the market.

Lenovo is also putting out some very high-quality products as well. In fact, in March of this year (2021) we were so impressed with the new desktops that we asked them to participate in our desktop review program. They will be joining Dell and HP soon as well.

Dell used to be a distant third in this area with little innovation or competition for HP and Lenovo. However, they have been doing a lot of work putting out some really nice desktops recently. In fact, the Dell XPS Tower is also participating in our desktop review program starting next year (2022).

So both Lenovo and Dell are solid and reliable brands right now.

Acer falls in third place but still ranks very high in our estimation. However, they are not the most reliable brand right now.

OEM vs ODM: Understanding the Difference

What Is An API And Why Might You Use One?

5 Web Scraping Challenges And How To Overcome Them

Best
Recommended
Buying Guides
Quicklinks
Get To Know Us